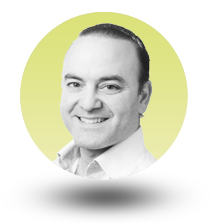 Zaki is a highly experienced and respected implant and cosmetic dentist and is well known in the dental community. He is the past President of the British Academy of Cosmetic Dentistry. He features prominently on the lecture circuit, speaking on all aspects of cosmetic dentistry with a special interest in dental implants, where he has achieved a master’s degree from the world-renowned Guy’s Hospital in 2001. He also has a Diploma in Sedation, a Diploma in Hypnosis and is a Licentiate of the Faculty of Homeopathy.

His main area of interest is Dental Implants where he has designed some innovative techniques that have been featured in The Times. He was also the first person in the UK to carry out a Live All-on-4 procedure on TV and has a high- profile list of clients and celebrities.

Zaki has received numerous awards the highlight of which was being voted ‘UK Dentist of the Year‘ at the Dental Awards in 2012. He has also come runner up in Private Dentistry’s poll of the top 20 Elite Dentists in the UK in 2012 and 2013, he finally took top spot in 2014. He has won Smile Awards and he has also featured in Dentistry’s poll of the Top 50 most influential dentists in the UK. Through his expertise in all aspects of tooth whitening, he has been appointed UK Dental Advisor to Philips Oral Healthcare. He is a Past President of The London Dental Fellowship and sits on the editorial board for The International Journal of Cosmetic Dentistry and was an editorial consultant for Dental Implant Summaries. He regularly appeared on Channel 4’s Embarrassing Bodies programme carrying out complex implant treatments and is a sought-after clinician by the media, where he often features.